Yesterday was a bit of a turn around. After the frustration of finding my main archive inaccessible for another week, I managed to regroup and plan to still be productive. I was initially facing a slight delay before I could hit the ground running, requiring my migration document to register at the National Library. This was due after two o'clock, so I decided to kill some time by following up another archive in the city I'd tracked down before my arrival.

The Central Museum of Communications (named in honour of Alexander Stepanovich Popov, the famous Russian physicist) is just down the road from Winter Palace. Attached is a research library and archive that I thought was worth investigating since part of my work involves studying the role of the Telegraph Agency of the Soviet Union in the press and propaganda of the 1930s and early 1940s (see here for my article on the subject). It turned out to be a dead end, but I was no worse off for trying and got a little practice in trying to explain my research to the librarians there. Opting not to explore the museum itself - I should point out that from the outside of the building you'd be forgiven for walking past without giving it a second look - I headed back to the centre of town, intent on picking up a book I'd spotted earlier in 'Dom Knigi', then finding a cafe to do some reading. 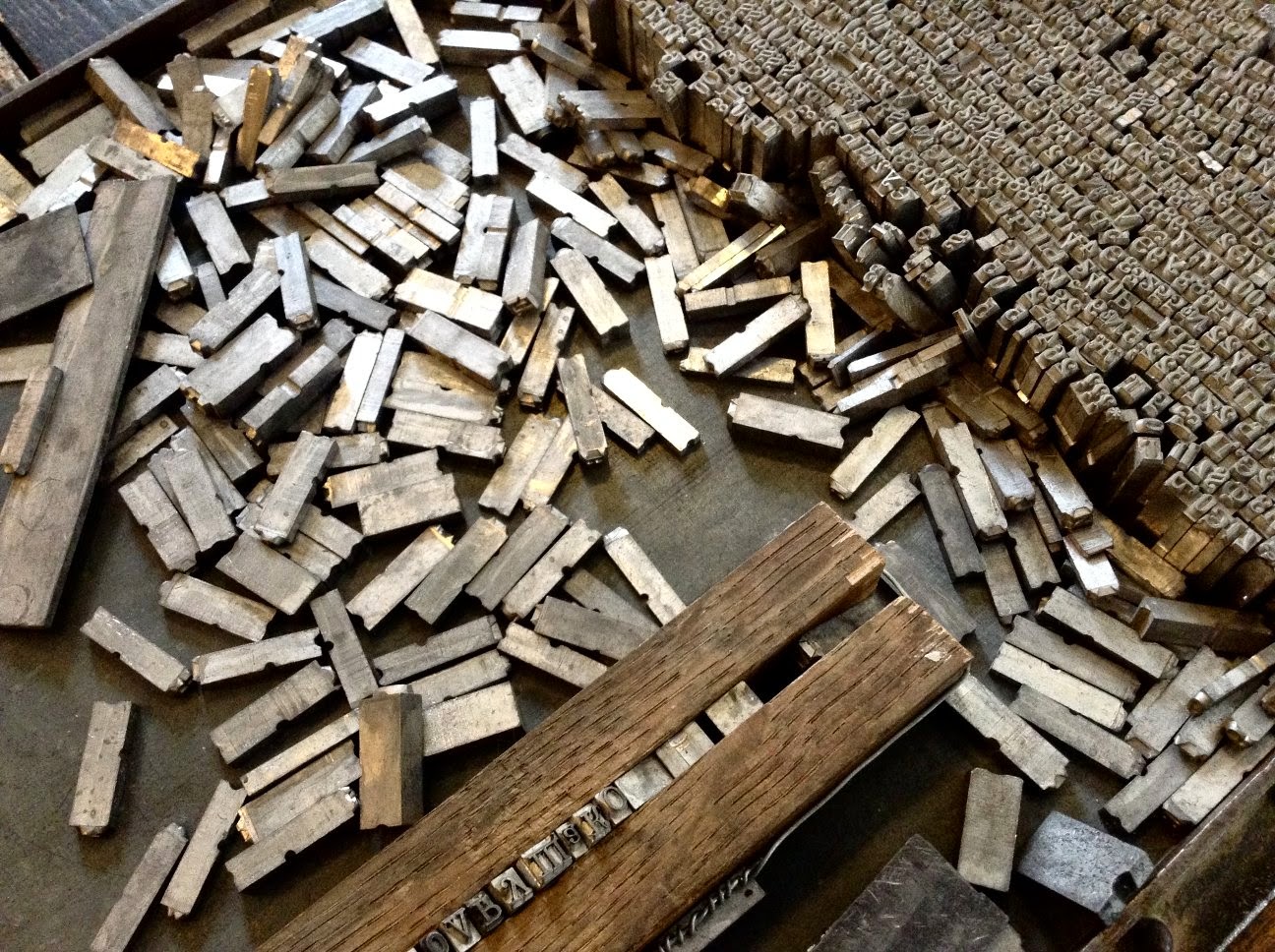 However, on the way I wandered past the Musuem of Printing. I vaguely remembered spotting it before. Advertised was an exhibition on printing in the city, before and after Lenin. It sparked my interest so I headed in. I found a quaint looking bookshop, old leather bound editions and prints on the wall. The entrance to the museum proper was just behind, with the standard issue babushkas on hand to distribute a ticket. They seemed charmed by my Russian and accepted I was eligible for the student price (£1.50 and worth every penny by the end of my visit). I declined the offer of an individual excursion, but much to my amazement found I was passed along from room to room, given an introduction to each space by one of the on staff 'curators' (old ladies with a keen interest in offering up their wisdom seem to be standard issue in the city's museums. A wonderful resource if you're willing to ask questions and show an interest).

The museum was a bit of a maze of rooms with small exhibition spaces and recreations of the printing, typography and daily life of these buildings - largely through recreations using of-the-period furniture - from the hundred years or so leading up to the revolution. You could probably fly through in half an hour, but taking a moment to listen to these ladies offer up a little bit of history was a great way to put my Russian to practice and interact. I think they were equally pleased for the chance to speak, I saw only one other visitor as I moved from room to room. I really felt like I was given special treatment, being shown hundred year old copies of Pravda straight from the displays and offered the chance to sneak behind the 'velvet rope' for a close up view (and lesson) in the mechanics of printing. 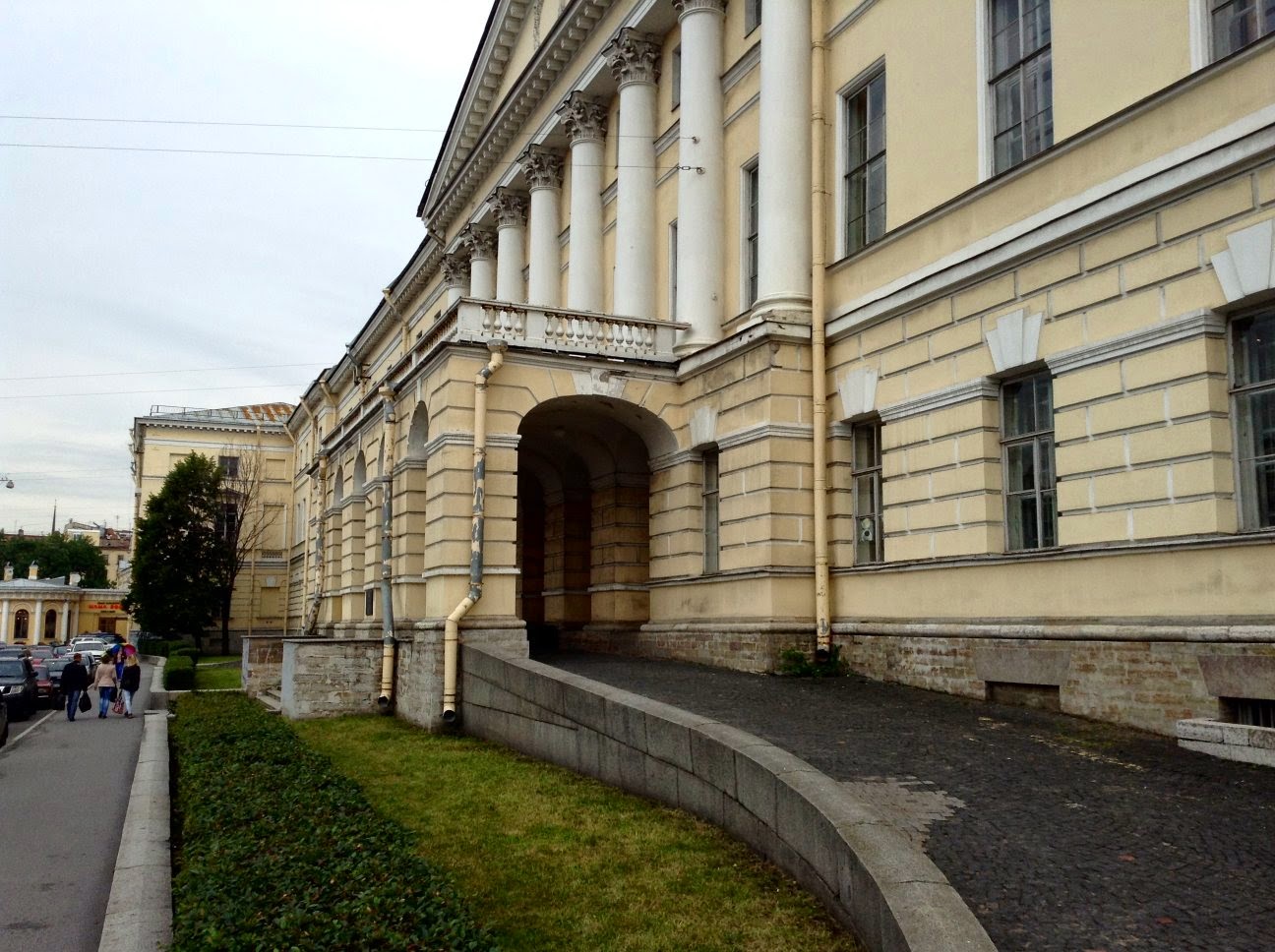 It certainly boosted my confidence in the language and set me up nicely for my first visit to the National Library. The registration proved simple, I was issued with a card bearing my details and a passport sized photo that is better than I usually produce. I even had time to order my first editions of Leningradskaya Pravda and size up the task ahead of me. I've got a lot of reading to do...
Posted by Malcolm Learns Russian at 13:39