I take it as an indication of how far my Russian has come, that while taking the long escalator ride to the metro platform this morning, my ears pricked up unexpectedly to the sound of an advertisement on the tannoy system. For a long time I've just considered the sounds of the metro indecipherable background noise. I remember one of my first victories was realising I could understand the format of the station announcements from the train car. This felt like another important step. 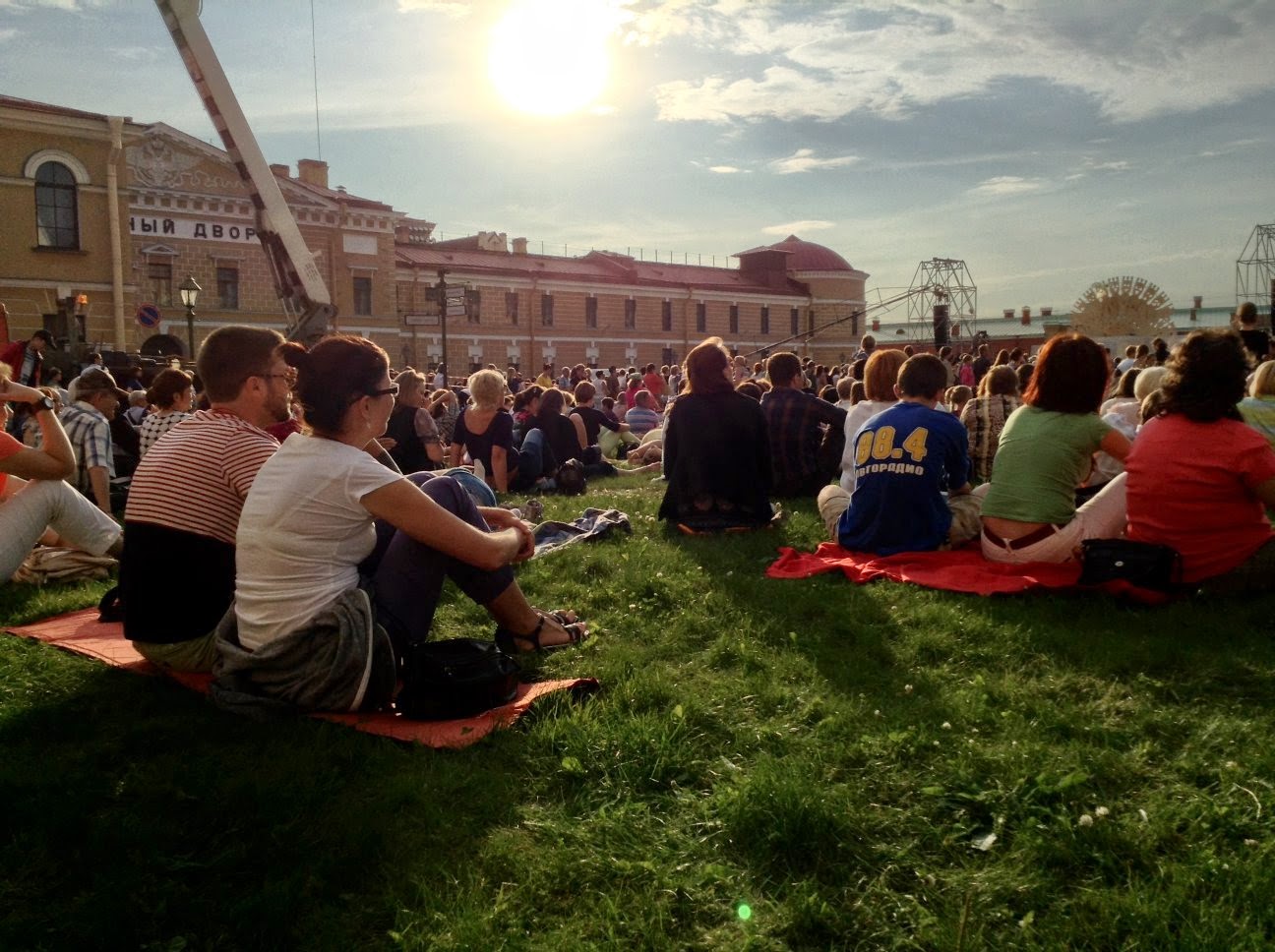 The chatter was about a summer festival of opera in the city. Russia was my first introduction to the classical arts - opera and ballet - and the thought of a free concert in the city appealed after a long two weeks of Soviet press and propaganda. I needed some culture, some escapism. I'd caught enough of the advert to know what I was looking for online and after a few hours in the library, I made my way a restaurant to refuel and track down the essentials.

A series of weekend concerts are being held as part of 'Опера - всем' [Opera for all] around the city. Tonight's performance of 'The Golden Cockerel' was being staged in the grounds of the Peter and Paul Fortress. It was a test of my Russian to track down the official website and navigate my way to the relevant information. I'd worked for this, I felt like I'd earned an experience.

That I got. I turned up with about half an hour to spare. There were crowds of people milling about, some had arrived early enough for seating, the majority had picked a spot on the grass with a view of the stage and big screen display. I found myself a patch too and lounged out on the grass. As the performance hit its stride, the sun burst through and the whole setting offered a perfect way to unwind. I was there for the music, my brain drifted off and made little effort to translate, but it was enough to enjoy the moment. I could certainly get used to summers in St Petersburg.
Posted by Malcolm Learns Russian at 13:08