A little place in the country...

The weekend just past I finally made an excursion out to Peterhof, site of one of the grand palatial homes of the Romanov dynasty. Built by Peter the Great and developed and expanded by his successors, it was occupied by Nazi forces during the Siege of Leningrad and only restored to its former glory at the turn of the millennium. 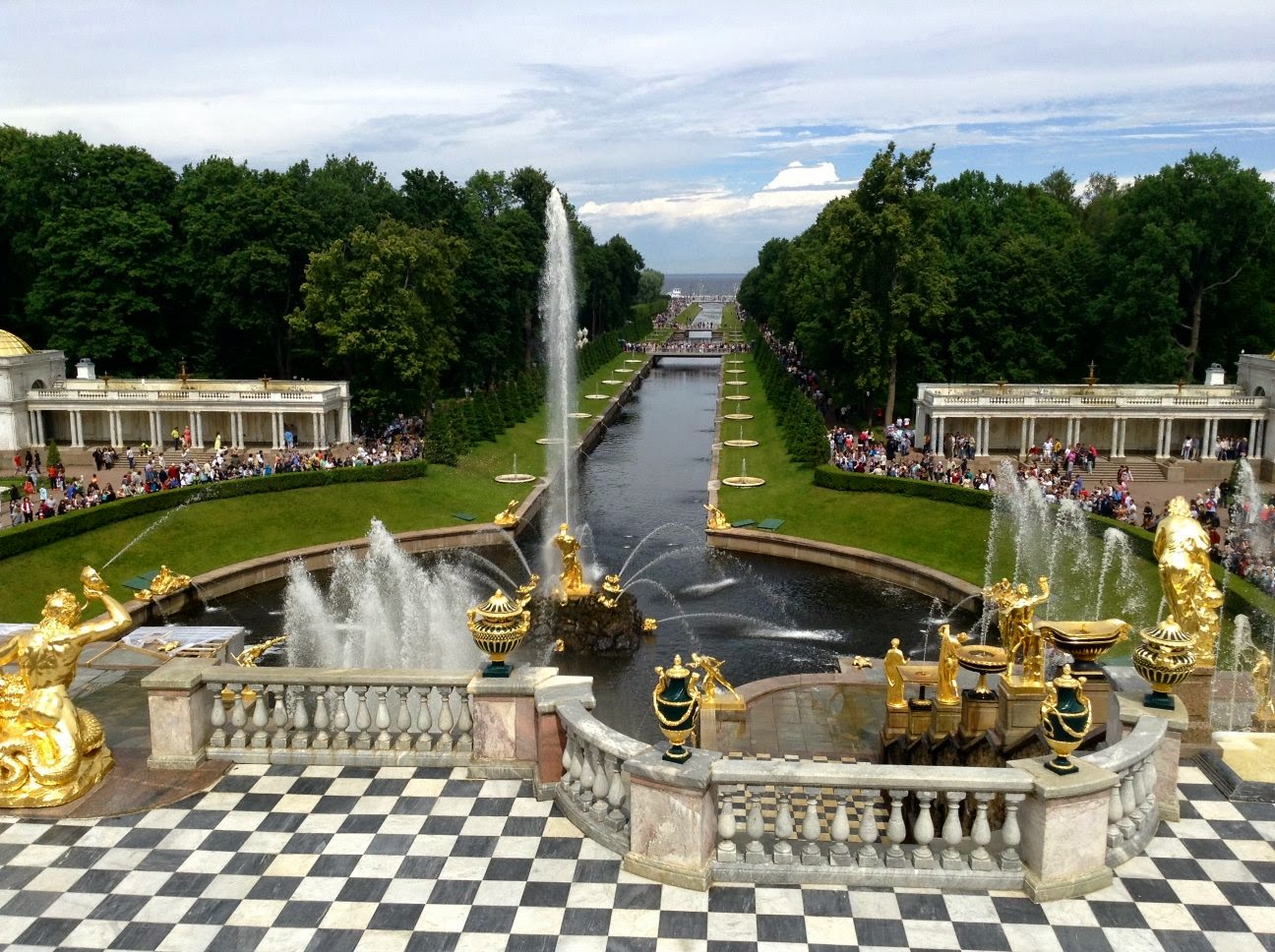 I took advantage of an organised trip with the school, so the headache of working out the best way to travel down was already sorted. We had the option of a boat ride across the Gulf of Finland - about 600 roubles - or a quick trip by metro and bus - the bus was 60 roubles - since most of us were on a student budget we went for the cheaper option. 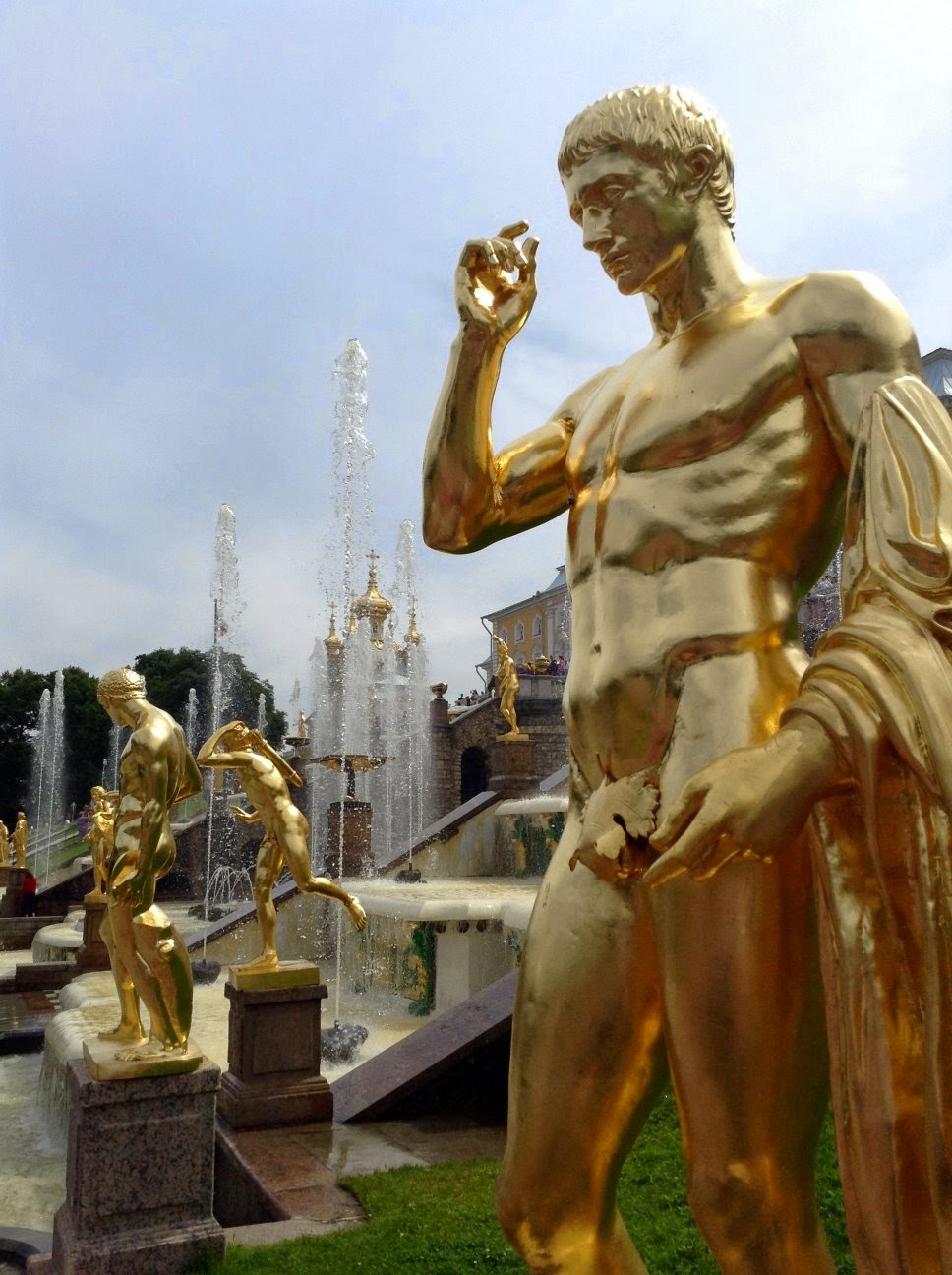 The weather is still glorious, almost overbearingly hot in the city centre during the day, so a chance to escape to the country was much appreciated. We took the red line to 'Avtovo' and then hopped on one of the glorified mini-buses that appeared every 5-10 minutes at a stop just outside the station. It was my first experience on these private buses. Get on, don't expect to find a seatbelt and I'd recommend bringing the correct change if you're uncomfortable watching the driver with one hand on the steering wheel, the other counting your change while alternating with his mobile and gesturing wildly at the usual progress of Petersburg traffic. An experience. 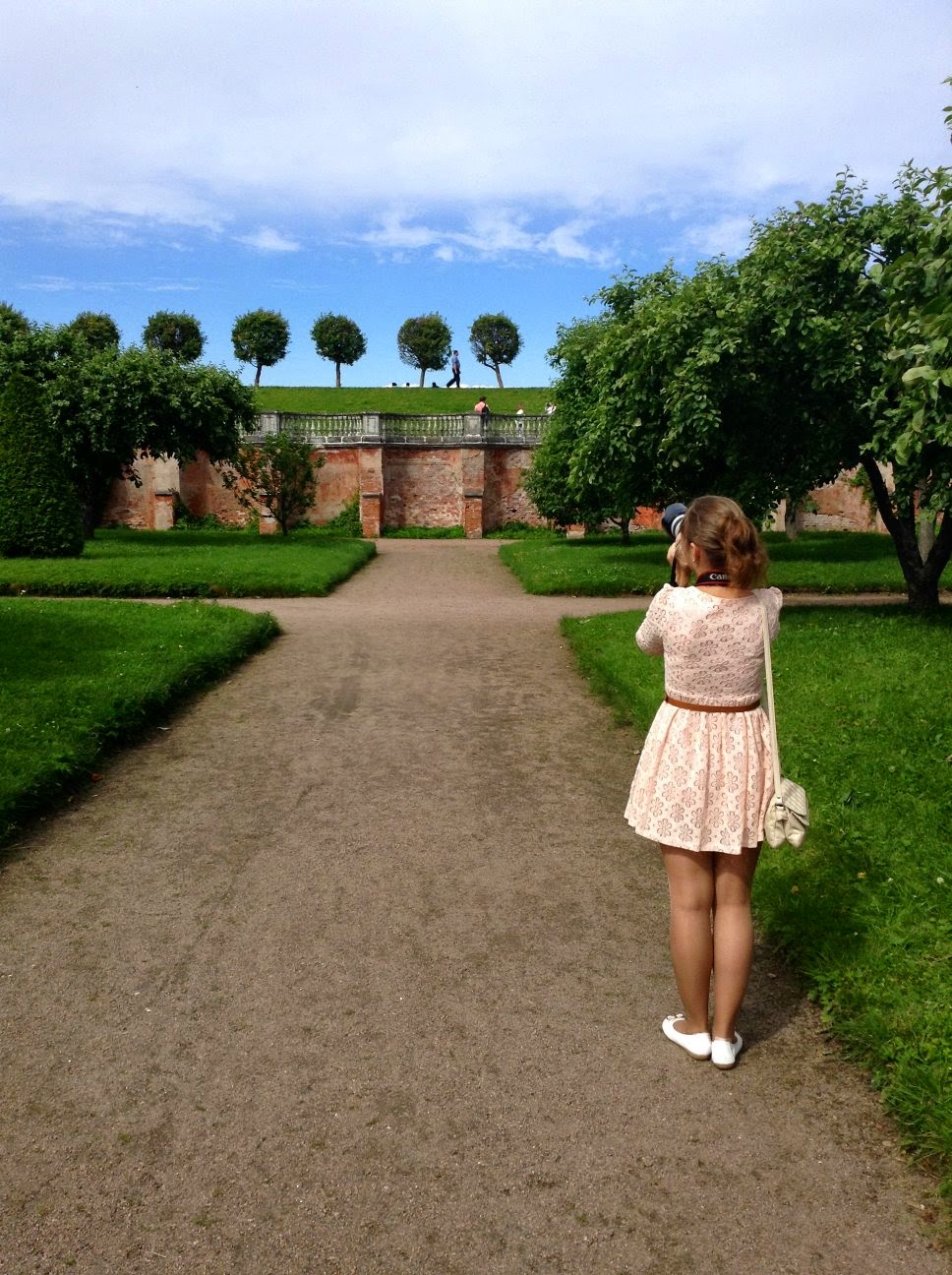 The palace complex required a ticket to enter (250 roubles for students; 500 for adults) and contained a multitude of museums and buildings you could then pay further for access. It was enough for us to spend a few hours walking the gardens and taking in the sight of the many fountains. It really was a beautiful, well manicured space. Overcrowded, yes, but there were enough beauty spots to house all of us and if you avoided the scrum around the major attractions it was easy enough to feel like you were getting a break from the heat and noise of the city. A shame the grassed areas were largely off limits, so no real opportunity for a picnic, but there were plenty of food kiosks along the way and benches to rest weary legs.

Attached are a few photos from around the complex. If you can avoid the posing natives, there are a few sights worth snapping, though the internet is probably awash with better examples than my efforts.
Posted by Malcolm Learns Russian at 11:38