The innocence of youth...

There was a fresh layer of snow across the city today that slowed my return to the archives. It was disheartening to see the night sky persist at 10am and realise that when I emerged at 4pm it would be fast approaching once again. I was focused on my goals as I marched along, though took care to dodge sludge and dirt that still bubbles to the surface as temperatures persist around the threshold of freezing. 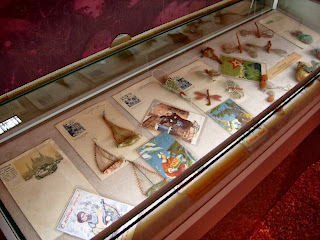 The archives were kind to me today. We can have good days and bad days. Today was a good day. I arrived to find my name at the front door - registration evidently successful - with a pile of files (дели) rich with documents (prepared from my order sheet on Monday) immediately brought to my desk.

My first question mark was over the state of the declassification process. I had tested the water by ordering files that were both explicitly declassified in the catelogues (описи) and ambigiuous in their status. This was further complicated by a number that were indicated to me by the archivists that had been successfully requested by another research a year ago. Since all those files I ordered arrived, I'm no clearer to knowing what is or isn't available. Such is the game we play! 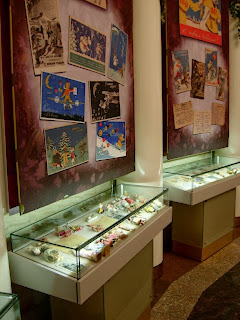 More questions followed. Probably more than answers. I was dealing with materials related to the military department in Leningrad during the Soviet-Finnish War. Issues of recruitment, education and mobilisation mixed up with popular responses to the war and the management of its public presentation.

My thoughts are still forming and will continue to over the course of these two weeks. It already appears that I'll need more time to properly interrogate this archive's holdings. A healthy position to be in and I'm already excited at the prospect of returning to Petersburg in the New Year.

For now I'd like to share one document that emerged from a file of collected letters sent to Red Army forces from the public. It was opened with a glowing report on the popular mood by a Party official that insisted on both the abundance and uniformity of public support for the troops. The temptation is to see this as a careful engineered propaganda initiative. However, I feel the documents require a closer reading than this. 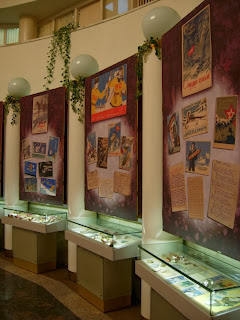 In fact, what helped steer my assumptions away from this simplistic view was a small handwritten letter tucked away in the middle of the file. A note from a child, a young boy named Nikolai, studying in the fourth class - a point of clarification I need to check but, perhaps, around  9 years of age - and eager to elicit a response from any Red Army soldier that might read his appeal. He innocently stresses the fact he never receives poor marks (only good or excellent grades) and hopes any reply will provide both a name and age of his new found comrade. What is striking though is his adoption of official rhetoric to describe the enemy - the White Finns (белофинны) - while at the same time offering an insight into how this langauge penetrated his speech after he admits to reading about the progress of military actions in the newspapers.

Here was yet another view of the war to add to my expanding collection of personal responses, this time through new, much younger eyes that are free of any political agenda. Combined they help build a picture of conflict that becomes ever harder to generalise, something that I believe is one of my projects great strengths, if it in fact undermines any effort to offer a coherant story in the process.

Before leaving the archives today I took a few moments to explore and photograph a exhibition in its entrance hall. Again, following the theme of youth and the joys of childhood, it offered a glimpse of festive celebrations through the last hundred years or so of Russian and Soviet history. Decorations and trinkets, postcards and New Year greetings, they were of course exploited by the Soviet state to sow their particular political message, but remain reminders of life often lived independent of global affairs and the preoccupations of the ruling regime.
Posted by Malcolm Learns Russian at 11:22