Politics without a manifesto...

I've tended to avoid politics in this blog. If nothing else, until my language skills are suitably developed I don't feel inclined to try and speak on the subject in Russian when I can't articulate what I want to say with any real clarity and conviction.

That said, politics are increasingly seeping into everyday life and my regular interactions with the country. Its my reason for returning so soon after my previous trip (to use time available on a visa I fear might prove harder to renew in the future) and a simple visit to the supermarket is a reminder of the existence of sanctions, embargoes and the tit-for-tat politics playing out between Russia and the West.

Politics was also at the centre of much of the contemporary art on display at the current 'Manifesta 10' festival running at sites around the city. I took a trip today to one of the spaces neighbouring the more established cultural home of art in the centre, the Hermitage, finding an impressive range of media and motives behind the works.

There is nothing to be gained from my photographing the works and repeating them here. Photography was nominally forbidden anyway - as usual that stopped few from snapping away regardless. I instead took it as a challenge. Below are a selection of images of the space around me. Consider it a tacit reminder of an Englishman's preference for rule following and a visual symbol of my tendency to overlook the politics on display and seek the story behind the scenes. How wonderfully pretentious! 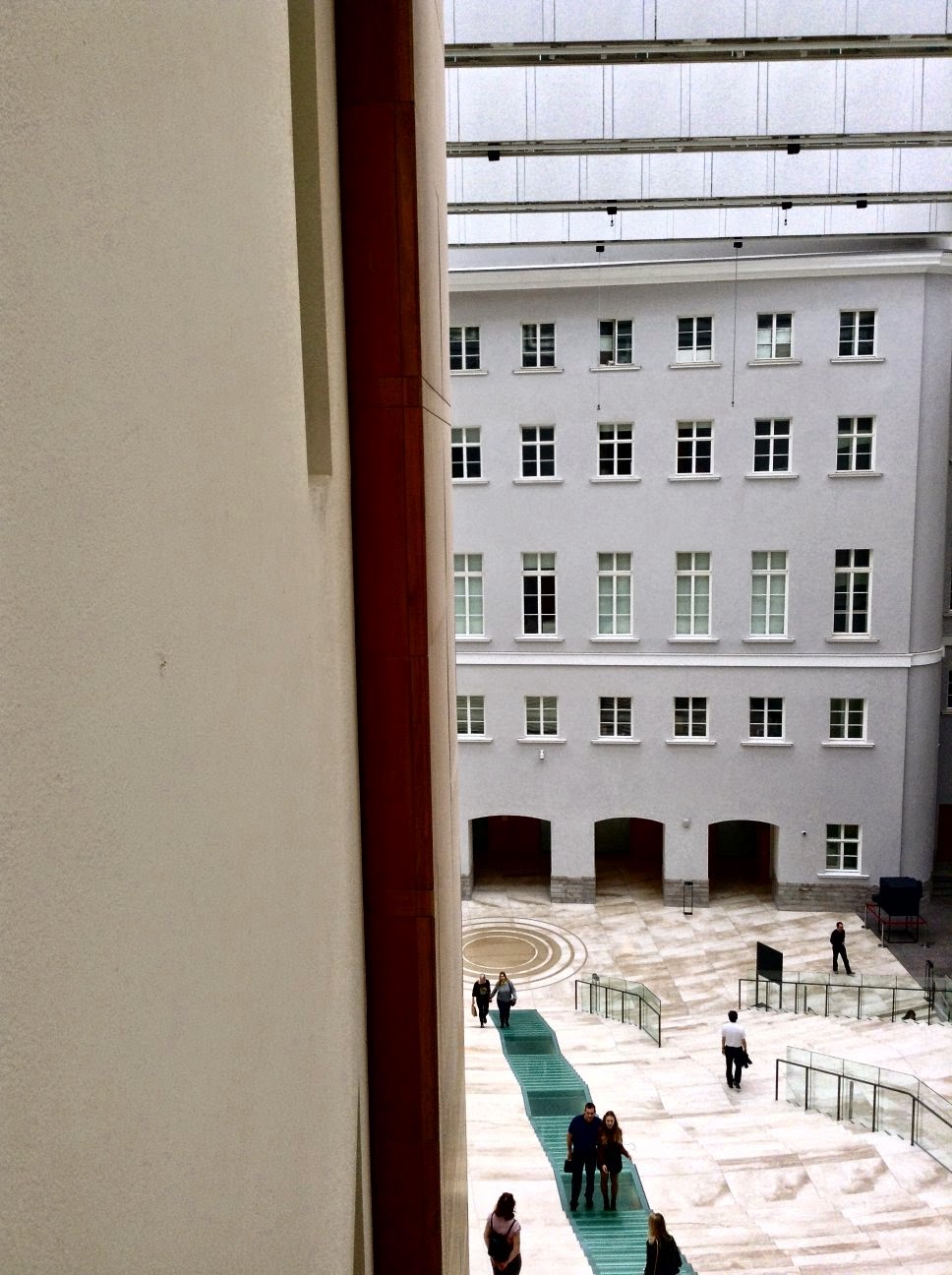 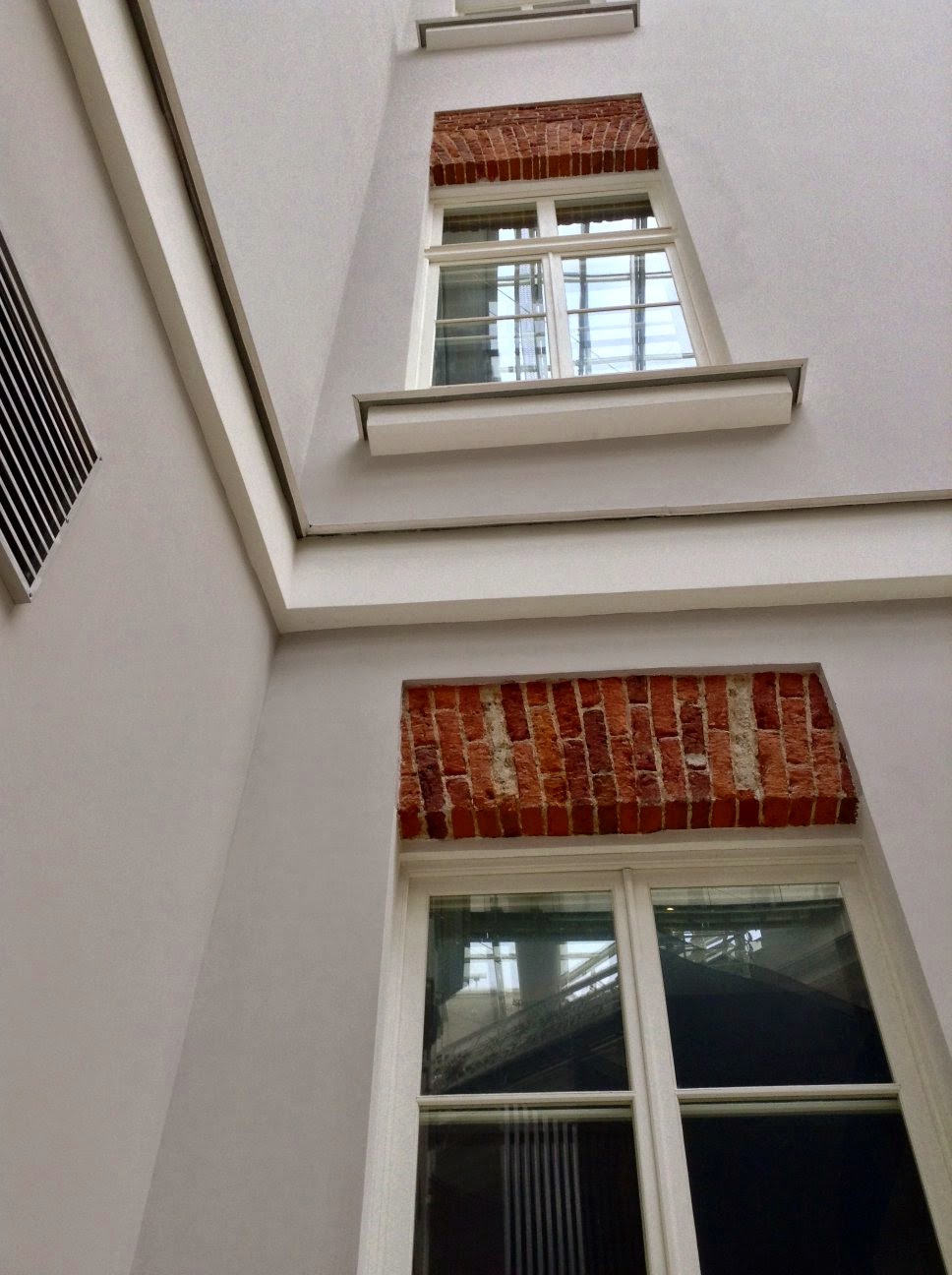 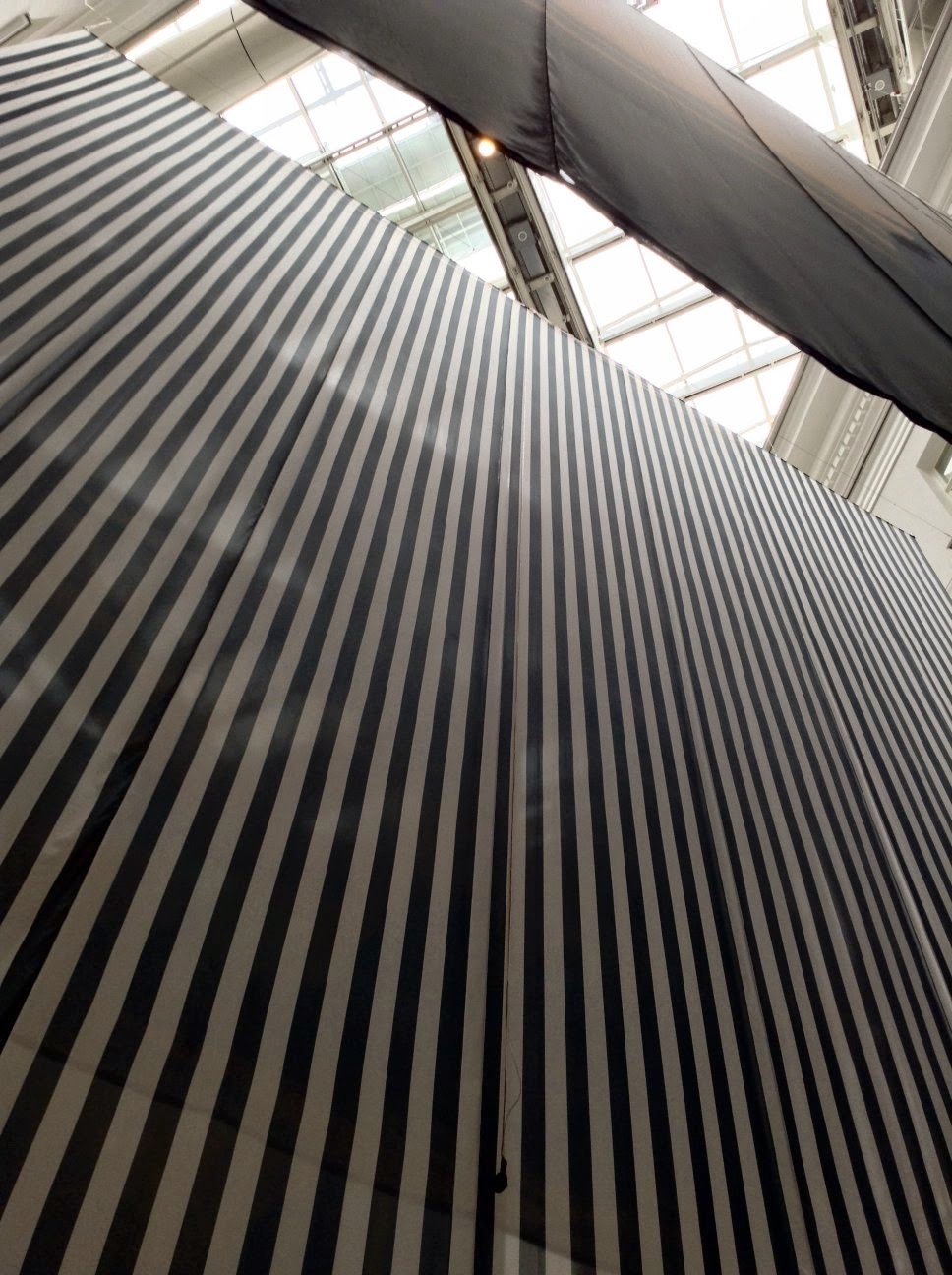 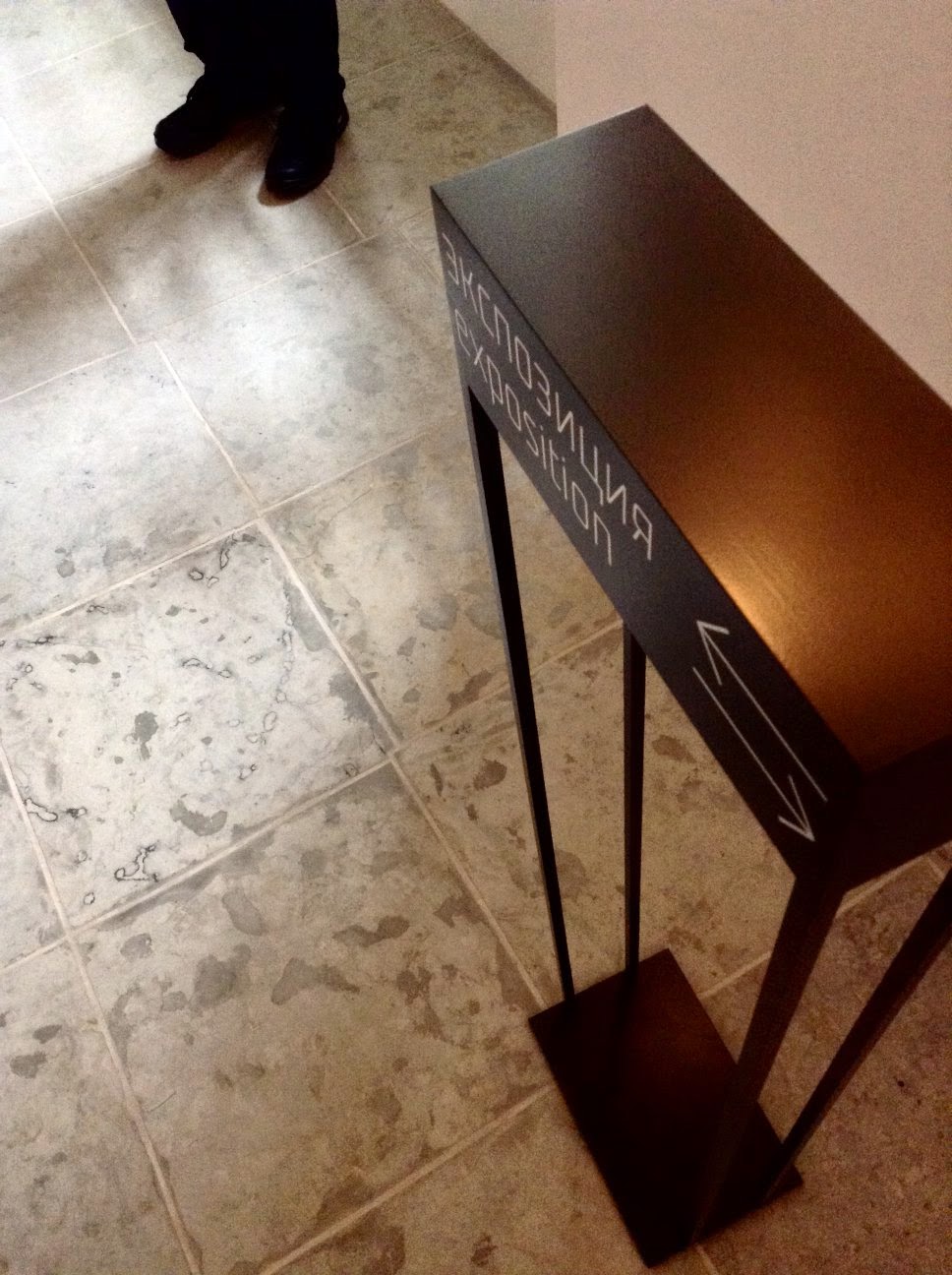 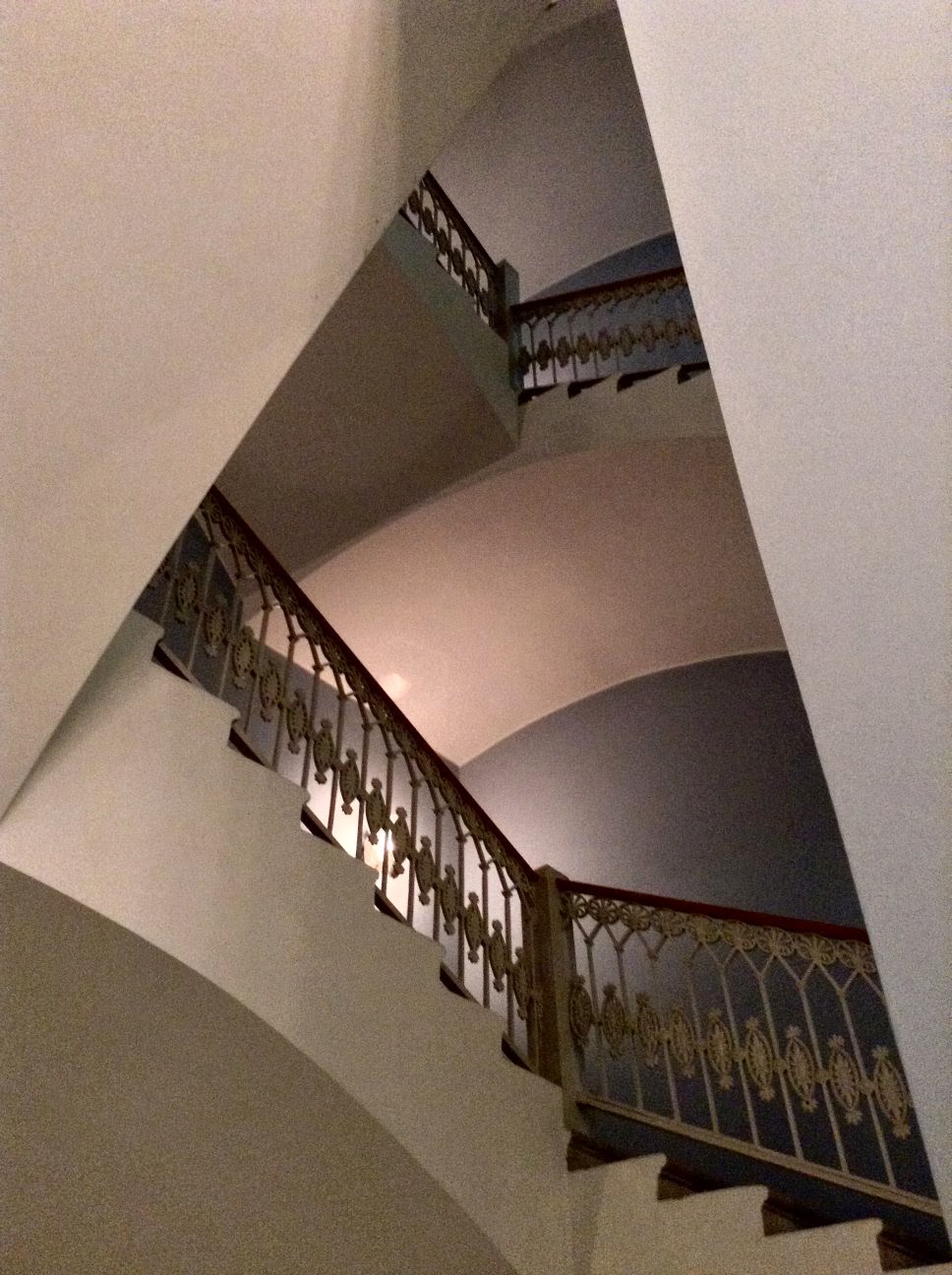 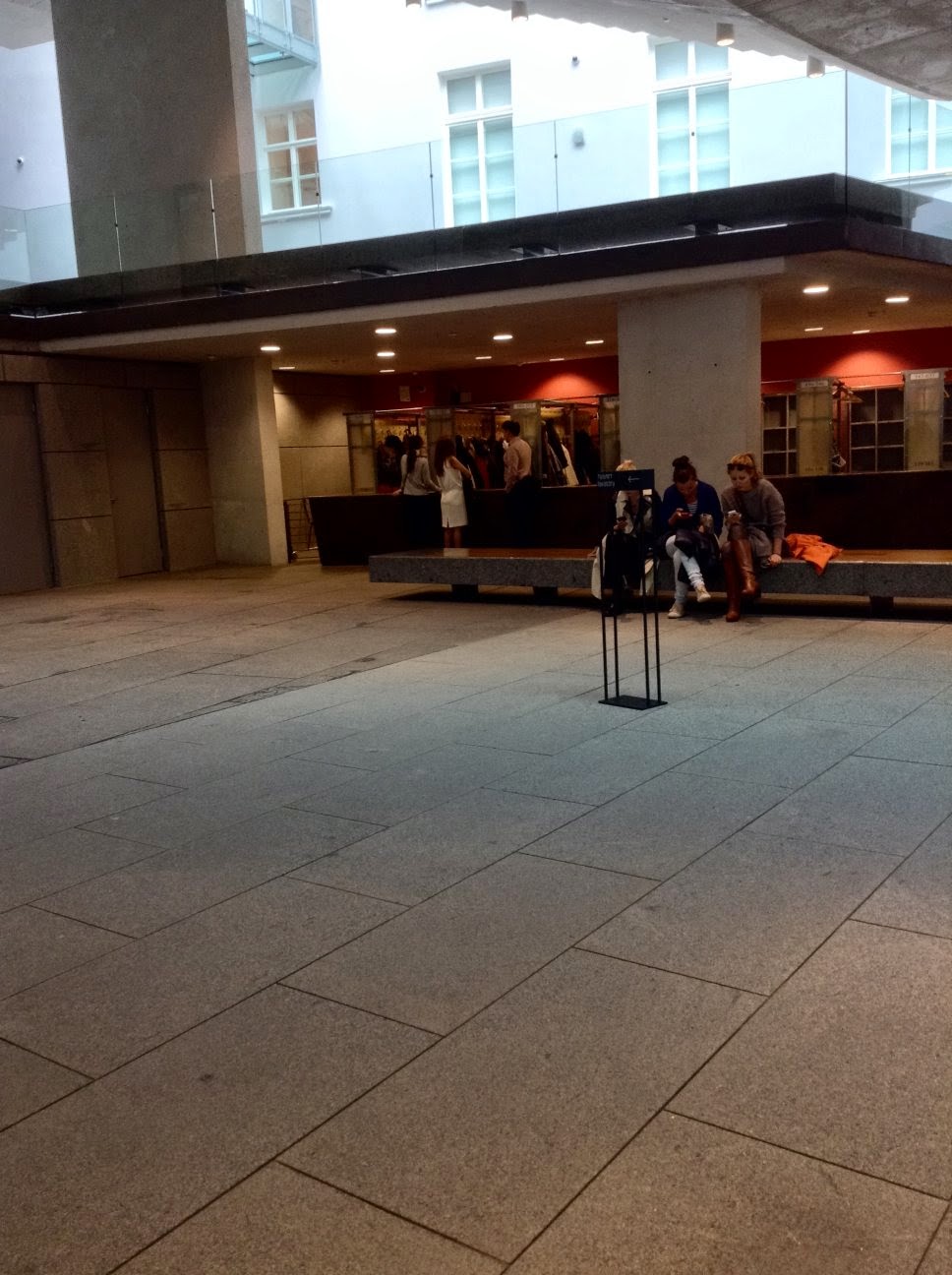 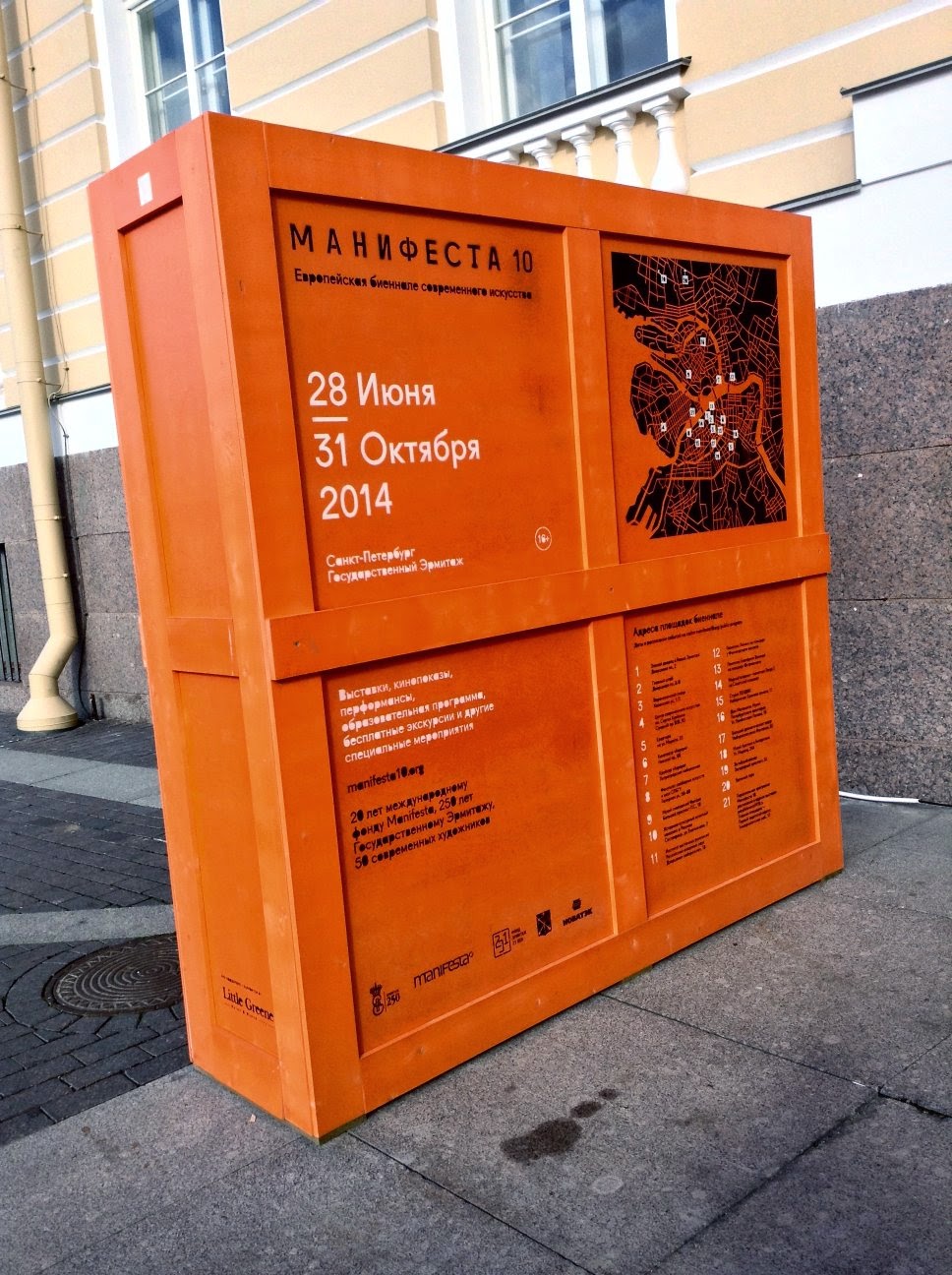 Posted by Malcolm Learns Russian at 10:42